Many people, especially parents, might sometimes feel overwhelmed by the term’s ‘preschool’ and ‘nursery’ through no fault of their own. After all, they seem synonymous to each other in the larger context of the educational framework. But it turns out that they are unique and different.

In this blog, we have uncovered the differences between both preschool and nursery school education. But before we do, let us look at what they are, their similarities, and their differences.

Also known as pre-primary school, a preschool refers to the education stage between nursery and primary school that every student is required to attend. Viewed in this order, a child must first participate in nursery school, followed by preschool, and then move on to primary school and other school levels.

The term ‘pre’ in preschool refers to the early childhood education that a student must attain before they have to attend compulsory formal school education in class 1. A preschool’s goal is to prepare a student and make them ‘fit’ for formal education.

Both government and private schools offer preschool in the form of kindergarten education.

Preschools in some schools can mean kindergarten only. On the contrary, preschool education at preschools in Ahmedabad includes nursery, KG-1 and KG-2. Students in the age group of 3-5 years are generally required to attend preschool. These age group criteria may vary from country to country.

In preschool, a child is trained how to stay away from home for prolonged periods. Most importantly, a child is taught the alphabets and basic numerical. They are taught how to color and do basic activities like build blocks, play games, and interact with their peers. The idea is to train children in the art of communication to make it easier for them to fit into a formal school environment.

What is a Nursery School?

A nursery school refers to the stage before kindergarten school, where children are taught very basic fundamental things. The idea is to acquaint them with the idea of staying away from parents for a prolonged time. Depending on the country you are in or the type of facilities that a nursery school offers, children as young as 18 months might be allowed in a nursery school. 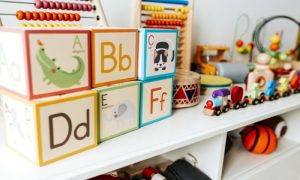 So in some ways, we should not think of nursery school as a ‘school’ in the strict sense as conventional teaching does not happen here. Instead, highly skilled educators with a relevant degree and experience are hired to supervise young children in child play.

Similarities between a Preschool and a Nursery School: 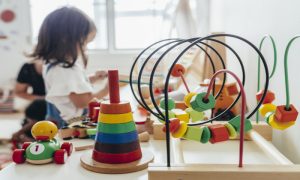 Differences between a Preschool and a Nursery School:

Now that we have discussed what a preschool and a nursery school is and their similarities, we will now shed light on the apparent differences between them. Here they are:

To conclude, when you look at a kindergarten and a nursery from afar, they may seem like the same things. But when closely looked at and objectively studied, there are many notable differences between the two. As parents, you should be aware of these differences.

Difference Between Slimfast and Slimfast Keto

How To Select An Egg Donor Agency?

Search For A Reliable Mobile Tracker Free? – Best Choices For...

Find Out About Predictive Model Used For Forecast

Benefits Of Hiring Movers And Packers While Relocating In Solan

Steps to use For Visa Subclass

Basic Skills Needed to Work in a Medical Office